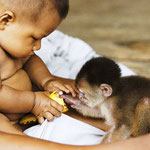 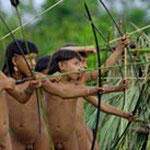 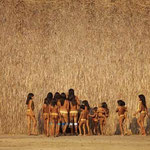 “In many years as a photographer, I have found that the world

around us is just as colourful as a rainbow after a spring rain. The people of the world are just as beautiful and diverse as this natural wonder. But what would a rainbow be without its colours? What would the Earth be without the vivid, rich diversity of its cultures? I don’t want to know the answer to this question.

Working in conjunction with the Disappearing Cultures Foundation, I’ve been asked to capture on camera the multidimensionality of the customs, rituals and events of the world's nations and cultures. As the years pass, my appreciation of these cultures increases, from the smallest to the largest countries on the furthest continents of the world. And yet, at the same time, I am dumb founded by the lack of tolerance.”

Attila Lóránt is a Hungarian photographer, author and founder of the Disappearing Cultures Foundation. He began to build up a visual document about various native cultures in 2002. In his first works he offers us glimpses of the Nilo-Hamite cultures in East Africa and also of cultures from the Swahili coast region. He published East Africa is more than a safari in 2003. His project about Indian cultures in South America started in 2003 and as a result National Geographic has published a 312-page book titled: Indian cultures along the Amazon and in the Andes. The photobook titled Wappony was published in 2007.


Attila Lóránt got a grant from Blue Earth Foundation, won several prizes including International Photography Awards, was finalist for National Geographic’s LLE Award, and won Prix de la Photographie Award and many other photocontests. Attila studied Fine Arts and graphic design. Beside making books and writing articles he is the Art director of Post Edison C. G. and he also directs television commercials and music videos.

Attila's works were on display

at Times Square, NYC in March of 2011. Below is the photo show and press release of this presentation and opening in NYC with The Gabarron Foundation.

Read about the Exhibition in NYC,

Save the Forest, Save the Culture